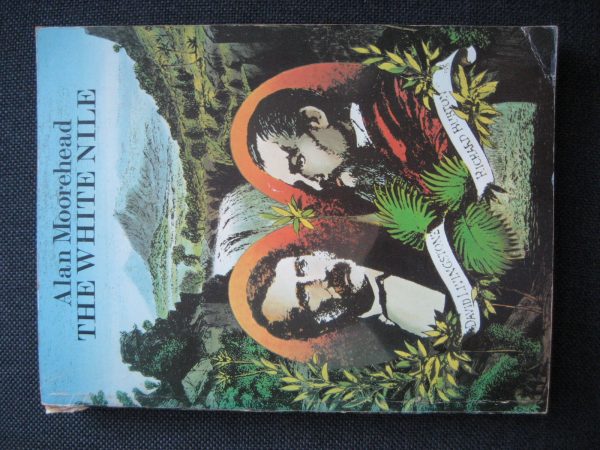 Gigantic ghosts haunt the Sudan – as Sir Harold Nicolson wrote in reviewing The White Nile – ghosts of many nationalities: the Khedive Ismail, The Mahdi, savage King Mutesa of Buganda, Osman Digna and a bevy of Arab slave-traders. And then, among the European explorers, Richard Burton, the restless, inscrutable scholar, and his dull but vindicated opponent, Speke; and Livingstone, the indomitable Scottisch missionary, with Stanley, the bumptious American journalist who found him and later sought Emin Pasha, the German scientist; and sensible Samuel Baker, with his beautiful Hungarian wife. And finally there is General Gordon, the strange, heroic martyr of Khartoum. These, in their full stature, Alan Moorehead parades before us in this finely illustrated story of the opening of the Nile. It is a story which enforces respect for the Victorians’ faith in civilization and their hatred of slavery.